Prophet’s Reward is a nonprofit corporation organized and existing under the laws of the State of North Carolina. Dr. Bailey is the organization’s president. It was organized for the purposes of advancing and promoting the worship and the fellowship of God through the provision and development of a facility on Prayer Mountain, in Moravian Falls, NC. The facility will be used for study of the Bible, as well as meditation and reflection on the Holy Scriptures. We believe that the Bible is the revealed Word of God, the teaching and furthering of the Gospel of our Lord and Savior Jesus Christ. Prophet Reward’s mission is to provide the public with both the physical facilities and scholarly materials for various methods of education, including needed medical research, reform, the advancement of whole person medicine and clearer understanding of the Word of God, both written and prophetically spoken. Prophet’s Reward exists to bring health, healing, and wholeness to individuals by natural, scientific, and divine supernatural methods. Clarifying and promoting the role of the integrated family physician, who can spend the needed time with his or her patients, is a primary mission of reform detailed in Membership Primary Care.

Prophet’s Reward, Inc. also strives to provide a flexible educational ministry, which provides spiritual training and Christian development that will benefit those that the company members come into contact with, to equip them to win souls for Jesus Christ and develop mature followers of His teachings. The purposes of the company shall be missionary in spirit, extending the Gospel through the use of the company property and of various developed business platforms for the use of our neighbors, our community, and to the entire world. www.prophetsreward.org

The Moravians believed in influencing society for the glory of God. Based in Germany, they were the first Christians to send missionaries out into the world, including to the Eastern United States. Prior to the American Revolutionary War, they ministered not only to white settlers but natives and slaves. In honor of their purchase and settlement of hundred thousand–acre tract of land in North Carolina, called Wachovia, and to the small but special town of Moravian Falls, North Carolina named after them, and to their hundred years of continuous intercessory prayer during the settlement of Moravian Falls, NC, the Lord directed Johanna and me to establish Prophet’s Reward, Inc., on Prayer Mountain, in Moravian Falls.

John Wesley established the Methodist Denomination, but it was the Moravians who profoundly influenced him on one of his trips from Europe back to the United States. The ship he was traveling on sailed into a violent storm one night, and the passengers were sure the ship would sink. John Wesley observed the calmness and peace of the Moravians—men, women, and children—as they worshipped God. Having survived the storm, Wesley sought to learn of the beliefs and the lifestyle of the Moravians, and through this fellowship, he formed much of his working theology, and he received the baptism of the Holy Spirit that empowered his ministry in the US and England.

Beginning in March 1739, traveling alone throughout England and the United States on horseback, Wesley began open-air preaching. Rather than speak about salvation through good works and righteous living, he began to preach about salvation through faith in Christ. It is said that Wesley road over 250,000 miles by horseback, preaching the Gospel of Jesus Christ. What I respect most about John Wesley is that he received strategies from Heaven for launching lay people into the ministry. John Wesley also believed in unity through diversity. He said, “Each of us is meant to be an original, but most of us die merely a copy.” This accelerated the Methodist movement he started, and by 1830, Methodism had become the largest Christian denomination in the United States.

The Methodists became a major contributor to the Pentecostal movement 150 years later. The enthusiastic worshipping style that characterizes Pentecostal church services today is reminiscent of early nineteenth-century Methodist revivals and camp meetings. They were called the “shouting Methodist” in the early 19th century. The strict fundamentalist taboos and regulations imposed upon Pentecostal believers stem largely from the strong “Holiness” tradition, which was itself an outgrowth of John Wesley’s Methodist notions of sanctification. Today, Pentecostalism is the fastest growing religious denomination in the world, with an estimated 500 million adherents. 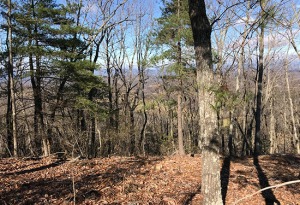 Johanna and I purchased seventeen acres of pristine, anointed, wooded land on Prayer Mountain North Carolina in the fall of 2017. We did this in appreciation of the generational blessing of my father, Robert T. Bailey, Sr. (1917–2015); my grandfather, Gratton M. Bailey (1880–1952), both from Bluefield, Virginia; my great grandfather, Jesse Bailey, Jr. (1835–1901), from Tazwell County, Virginia; and of my great, great, great, great Grandfather, Captain James Moore (1740–1786), of Abb’s Valley, Virginia, who fought as a militia captain during the American Revolution at the 1781 Battle of Guilford Court House in North Carolina. When one looks due north from our property near the top of Prayer Mountain, Bluefield, Tazwell Country and Abb’s Valley, VA are hidden among the peaks and valleys of the Blue Ridge Mountains only about 100 miles away. In honor of these great men, we plan to develop a prayer and meditation garden and retreat center on Prayer Mountain to teach and foster a deeper understanding of the Word of God and provide a refuge and training facility for God’s modern-day prophets and leaders.

An arm of Prophet’s Reward, Inc., is dedicated to advancing truth, justice, and reform in our health care system, so our citizens can benefit from health, healing, and wholeness, since I have worked as an ordained Christian minister of medicine since 1994. Membership Primary Care is our first fruits offering to the mission of Prophet’s Reward, Inc. Please pray that God will use it to reform healthcare in our country and please be sure to visit our website at: www.prophetsreward.org.